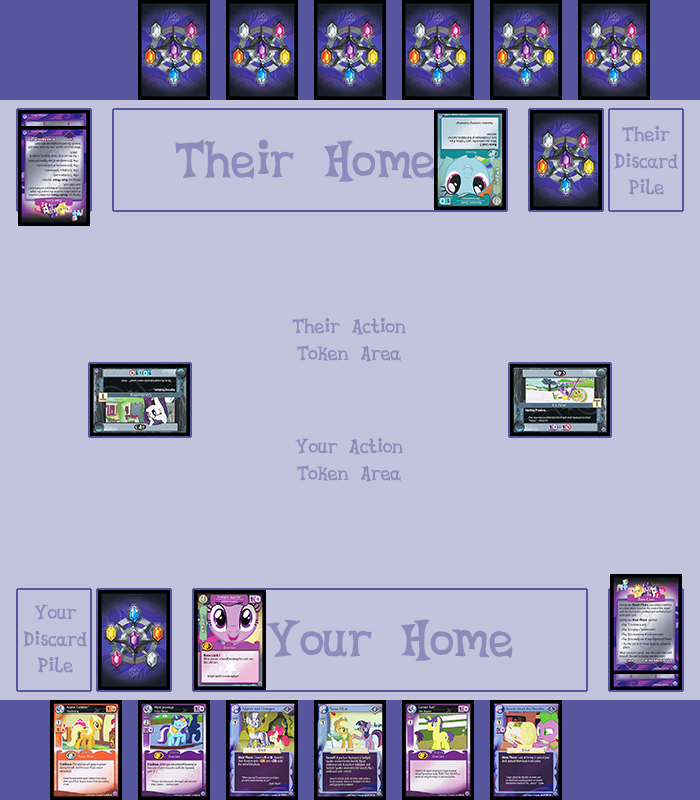 Both players have just finished setting up their play areas; their Mane Characters are located at their respective Homes, they’ve both selected a Starting Problem from their Problem Decks (It’s Alive! for John, Cloudbursting for Mary) and they’ve both drawn six cards. John’s cards are on the bottom, while Mary’s cards are on the top.

Let’s take some time to examine the cards that are already in the play area before the first turn begins. 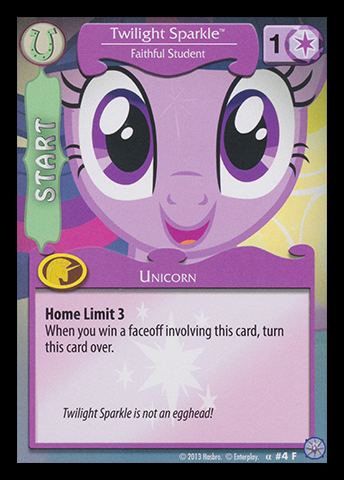 There are three important pieces of information on this card that you should always be aware of: 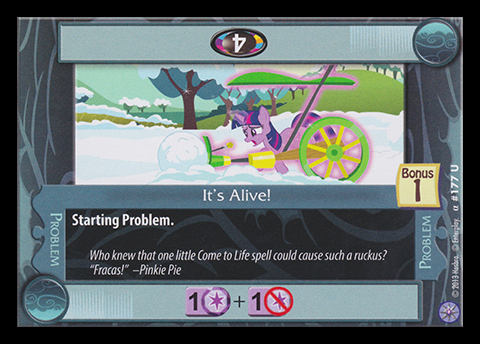 In order to win the game, players need to play or move characters (Mane Characters and Friends) to Problems such as It's Alive! in order to confront them, scoring points as they do so. This card also has three important pieces of information: 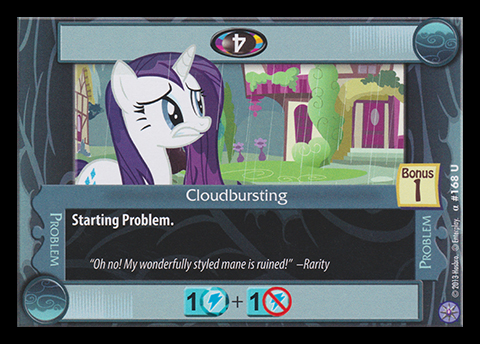 A player’s turn is divided into the following four phases:

Normally John would be able to draw a card here, but because it’s the very first turn of the game he doesn't. He also doesn’t have any exhausted cards in his play area to ready. The only thing John can do is gain action tokens, as determined by the player with the highest score. Since the game just started both players have 0 score, looking at the score slider card shows that John gains 2 action tokens.

During a player’s Main Phase, there are a number of things they can do (as indicated by their Turn Card):

Choosing not to play any cards this first turn, John chooses to use 2 action tokens to move his Mane Character from his Home to the It’s Alive! Problem. With 1 Purple power now at that location, John is halfway towards confronting the Problem!

Sadly, points aren't awarded for halfway efforts, meaning John still only has a score of 0.

Retrieved from "https://mlpccg.fandom.com/wiki/How_To_Play/Example_Game_(John%27s_Turn_1)?oldid=20487"
Community content is available under CC-BY-SA unless otherwise noted.