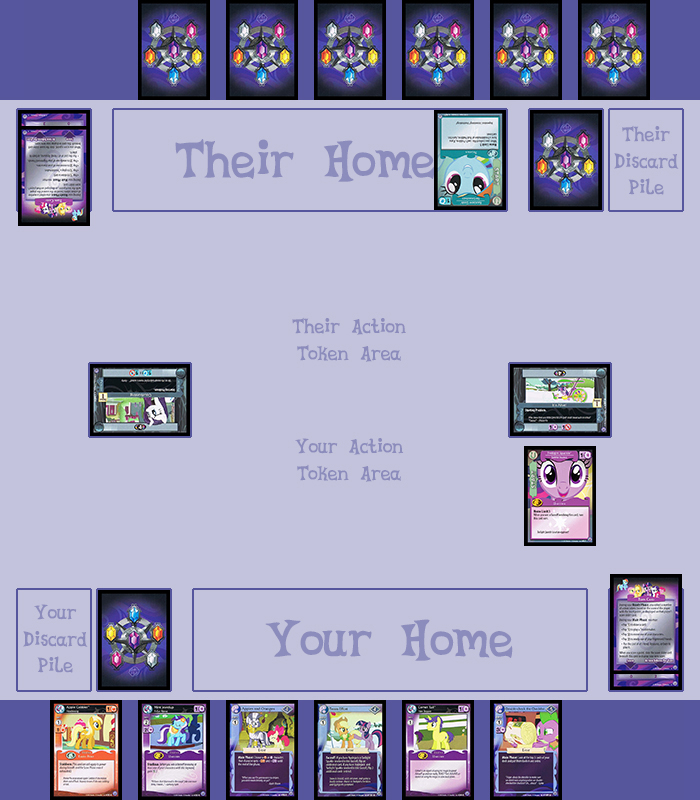 John’s first turn wasn’t very eventful, but Mary is looking to do a little more with her turn.

It’s not the very first turn anymore, so Mary is allowed to draw a card. There are no cards that need to be readied, and Mary gains 2 action tokens based on the tied score of 0 points.

Let's once again go over the actions that a player can do on their turn:

During a player’s Main Phase, there are a number of things they can do (as indicated by their Turn Card): 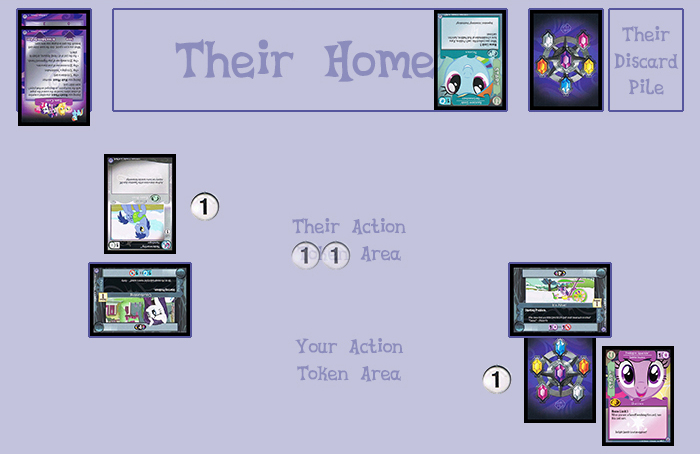 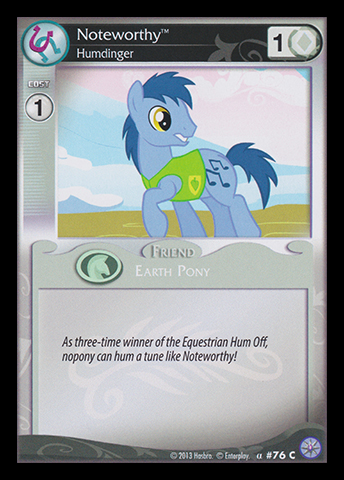 Friend cards are very similar to Mane Character cards; you can see the white Power of 1 in the top right corner, and an area where game text would go (though Noteworthy doesn't have any… notable special abilities). An important difference is on the left side of the card, where the action token cost is located. This tells the player how many action tokens it will cost in order to play the card; in this case, Noteworthy has a cost of 1 action token.

Much like John, Mary only meets half of the requirements to solve one of the Problems. The score remains tied at 0 points each.

Retrieved from "https://mlpccg.fandom.com/wiki/How_To_Play/Example_Game_(Mary%27s_Turn_1)?oldid=20491"
Community content is available under CC-BY-SA unless otherwise noted.