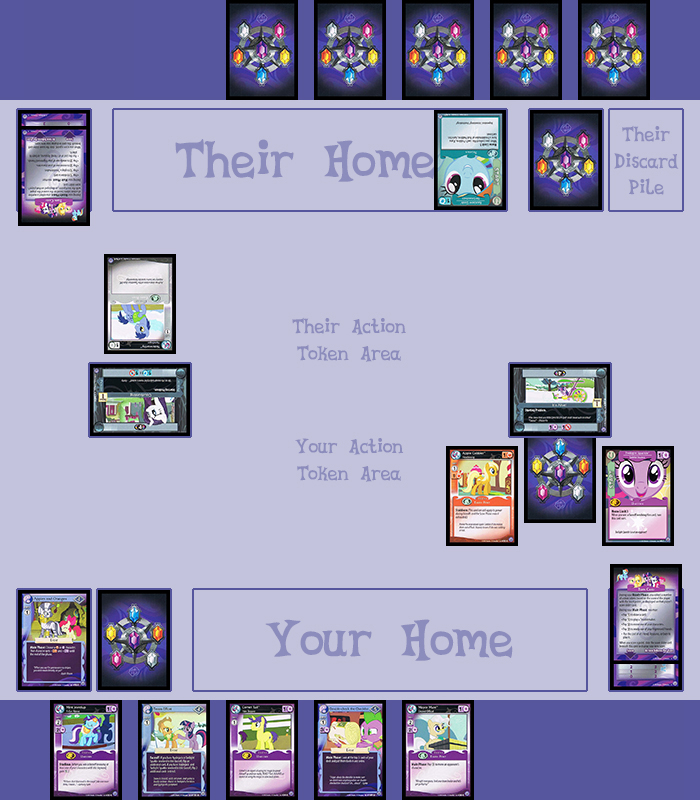 Score: John - 2 Mary - 0
Click on a card to view more information about it!

Mary needs to prevent John from gaining too much of an early lead; it’s her turn to try and score some points!

It’s time for Mary to reveal her face-down Troublemaker by flipping it face-up: it’s a Purple Parasprite! 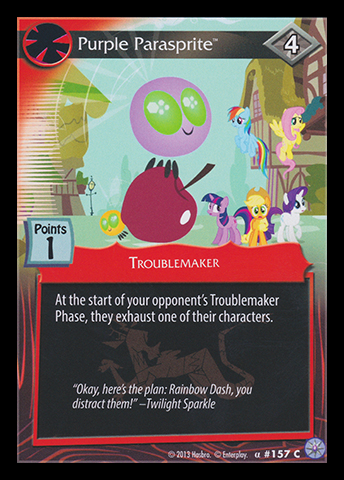 So long as this Troublemaker remains face-up at the It’s Alive! Problem, John will not be allowed to confront the Problem! Let’s look at the three important parts of this card:

Now that Mary has 3 action tokens available instead of 2, they can start to play more powerful cards. She spends all 3 action tokens to play Jetstream, All Heart to the Cloudbursting Problem. The play requirement of 1 Blue power is covered by the Rainbow Dash Mane Character. 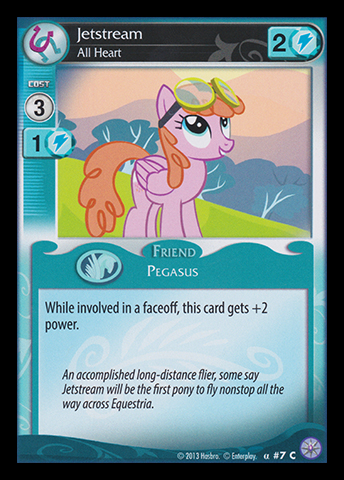 Jetstream has an impressive ability that gives her +2 power when involved in a faceoff.

Mary now has enough colored power at the Cloudbursting Problem to start confronting it. They gain 1 point plus another bonus point for being the first to confront it, for a total score of 2 points!

Retrieved from "https://mlpccg.fandom.com/wiki/How_To_Play/Example_Game_(Mary%27s_Turn_2)?oldid=20492"
Community content is available under CC-BY-SA unless otherwise noted.