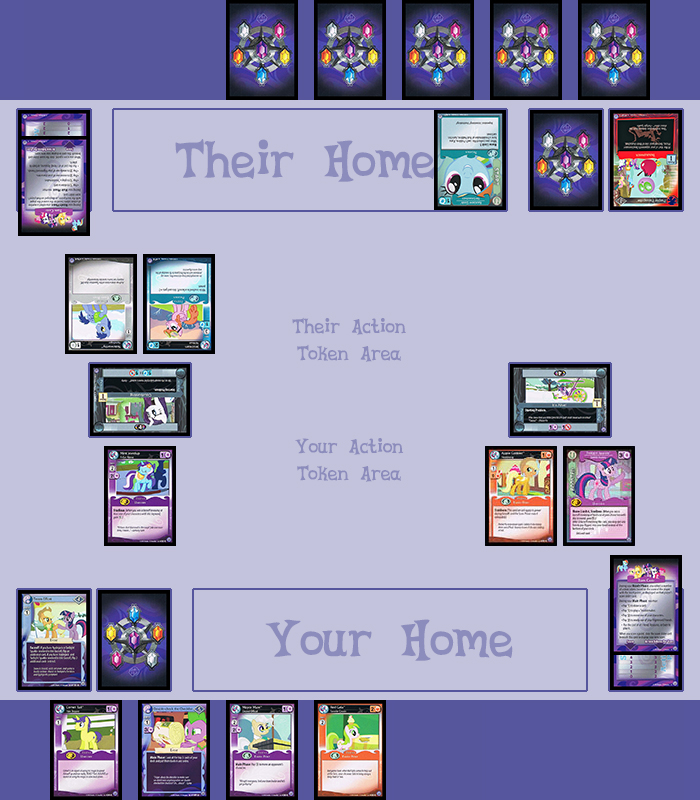 Score: John - 4 Mary - 2
Click on a card to view more information about it! 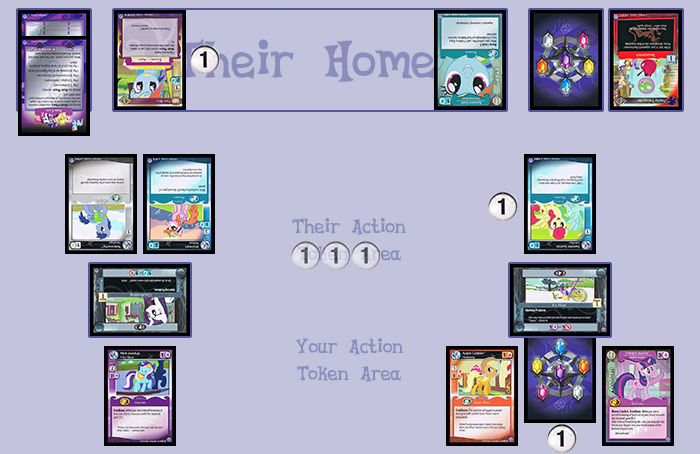 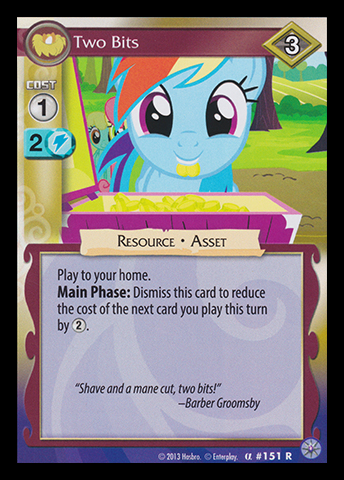 Resources can be played either to a location, such as a Home or at a Problem, or on to another card. Some of them have one-time abilities, such as Two Bits, while other ones can be used more than once.

Mary is still successfully confronting the Cloudbursting Problem; she scores one point, bringing her total score to 3 points!

Retrieved from "https://mlpccg.fandom.com/wiki/How_To_Play/Example_Game_(Mary%27s_Turn_3)?oldid=20932"
Community content is available under CC-BY-SA unless otherwise noted.