My Little Pony Collectible Card Game Wiki
Register
Don't have an account?
Sign In
Advertisement
in: How to Play

< How To Play
View source
watch 01:36
We're Getting Mutants in the MCU - The Loop
Do you like this video?
Play Sound

In order to play the My Little Pony Collectible Card Game, each player will need the following cards:

When we say above that you can only have so many copies of a card in a deck (3 copies in a Draw Deck, 2 copies in a Problem Deck), we are referring to cards that share the exact same name. Here are two examples to help illustrate this requirement:

Example 1: Fluttershy, Animal Team and Fluttershy, Guidance Counselor are both Friend cards, and they both have a common word in both of their names (Fluttershy), but their names are not exact. Therefore, a player could have up to three copies of each card in their Draw Deck.

In addition to their cards, players will also need:

The Play Area, At A Glance 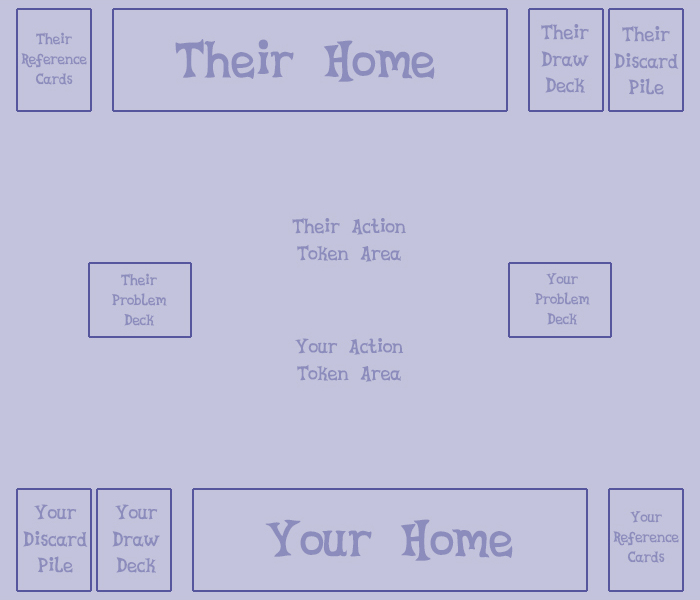 Now that we know what we need to play and how to set up the play area, we’re going to be following along with the first few turns in a fictional game between two players; our viewpoint character, John, will be using a Twilight Sparkle, Faithful Student and a Purple/Orange deck. His opponent, Mary, will be using a Rainbow Dash, Flier Extraordinaire and a Blue/White deck. Based on the results of a (fictional) coin toss, John will be going first.

Community content is available under CC-BY-SA unless otherwise noted.
Advertisement